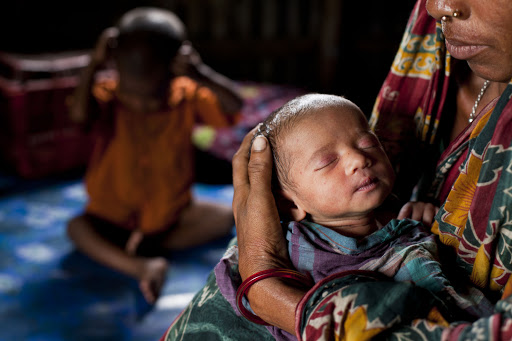 Programme Implications
* An effective strategy for addressing malnutiltion of children would be the increase in the level of, mothers' education, reduce number of pregnancies, promotion of appropriate hand washing habit after defecation, increased access to safe water for drinking and other household purposes, promotion of use of sanitary latrines, protection of children from diseases such as diarrhoea, measles, fever and cough, and modern treatment (visiting qualified doctors or hospitals) during illness.
* This should accompany elimination of poverty by raising incomes of the poor. However the importance' of income should not be over emphasized in redressing malnutrition. Over emphasis on promotion of income with an expectation that higher income will translate substantially into improved nutrition, at least in the immediate future, does not appear to ibe an appropriate choice.
* The nutritional development strategies should receive greater bias in favour of girls and rural residents, who are nutritionally the more disadvantaged groups and receive special mobilizations during the second half of the year with no major crop harvest during the period. It should address children at an early age, as age aggravates malnutrition.
* Knowledge of ORS preparation by household members, immunization of children against preventable infections and administration of vitamin A capsules to children, although were not significantly related to the nutritional status of the children, will considerably support other initiatives of nutritional development, and provide beneficial results to nutrition.
* Nutritional status of children was not found consistently related to feeding colostrum to children, duration of breast feeding, methods of weaning and age at weaning. This does not mean that the factors are not important. It only implies that the benefits of these factors are not prolonged to show effects in the age groups studied. The factors are crucial for nutrition of under 6 months old children and should receive priority for the nutritional development of children of that age group.
Kind of Data
Sample survey data [ssd]

Sampling Procedure
The survey used the BBS's "Integrated Multipurpose Sample (IMPS)" design for sample selection. The design was used by BBS for four surveys: Houehold Expenditure Survey (HES), Labour Force Survey (LFS), Demographic Survey and Child Nutritional Status Survey (CNS). The present survey was carried out on a sub-sample of HES 1991-92 and followed the methodology used by HES 1991-92.
The design included the entire Bangladesh. excluding Chittagorig Hill Tract, Khagrachhari and Bandarban as the universe. HES 1991-92 used a two stage stratified sampling method to select the sample. In the first stage, 360 Mauza or Mahallah Primary Sampling Units (PSU) were selected from the universe. Of the PSU's, 120 were urban and 240 rural. In the second stage 16 households from each selected PSU were selected randomly. A sample of 47 to 52 PSU's were randomly selected for each quarter (season) of survey from the list of HES selected PSU's, taking at least 2 PSU's from each substratum. All the households selected by HES 1991-92 in the selected PSU's constituted the samples of the 1992 CNS. The survey was carried out on a subsample of 196 PSU's, which is about 50 percent of the HES 1991-92 samples. Of the 196 PSU's covered by the CNS, 77 PSU's were urban and the remaining 119 were rural.
Weighting
Since 1985-86 the Bangladesh Bureau of Statistics (BBS) conducted three national level Child Nutrition Surveys (CNS). This report presents the third CNS conducted in 1992. The survey covered 2110 (1325 rural and 785 urban) children aged 6-71 months from 196 Primary Sampling Units (PSU's) distributed over the whole of Bangladesh, except the hill districts of Chittagong. In addition to anthropometric assessment of nutritional status, information on household demographic characteristics, environmental conditions, and child feeding and caring practices were also obtained. Household socio-economic information was transcribed from the HES questionnaire.
Nutritional Status of individual children was analyzed by height-for-age, weight-for-age and weight-for-height SD scores of standard values (NCHS reference population) and also as percentages of respective standards (reference medians). The important findings of the study are:
Nutrition Situation
* The mean height of Bangladeshi children aged 6-71. months is 85.58 cm and the mean weight is 10.86 kg, which are respectively 90.57% and 75.24% of standard values (NCHS medians).
* Taking both height-for-age and weight-for-height into consideration, only 31% of all children between 6 and 71 months of age could be classified as "not malnourished0. The remaining 69% of the children are victims of malnutrition of one kind or the other.
* Twelve percent of all the children are both stunted (chronically undernourished) and wasted (acutely undernourished), 52% are stunted but not wasted, and 5% are wasted but not stunted.
* Thirty three percent of all children are severely stunted (low height-for-age), and 31.2% are moderately stunted. The total prevalence of stunting is 64.2%.
* The prevalence of severe underweight (low weight-for-age) is 24.9% and that of moderate underweight is 43.4%.
* The prevalence of severe wasting (low weight for existing height) is 1 .7% and that of moderate wasting is 15%. The total prevalence of wasting is 16.7%
* Compared to urban children the prevalence of malnutrition is higher in rural children. The prevalence of stunting, wasting and underweight are respectively 13%, 1.8% and 12.6% higher among rural children.
* Within the urban areas slum children are worse off than the non-slum children. About 80% of slum children are chronically undernourished (stunted) as against 50.6% of non-slum children.
* Rural-urban differences and urban slum and non-slum differences in the prevalence of malnutrition are statistically significant.
* The prevalence of malnutrition is higher among the female children. Chronic undernutrition
(stunting) and current undernutrition (low weight for age) are respectively 2.8% and 5.4% higher among females. The gender difference in the prevalence of stunting and underweight is statistically significant. Due to higher prevalence of chronic under-nutrition among the female children the gender difference in acute undernutrition (wasting due to low, weight for existing height) is less apparent.
* Seasonal variations in the prevalence of malnutrition are apparent. Higher prevalence of weight dificiericy in April-May is followed by height dificiency in August. Seasonal differences in the prevalence of wasting (low weight for existing height) and underweight (low weight for age) are statistically significant, but the apparent seasonal difference in stunting (chronic undernutrition) is not. This is obvious because stunting is the result of long-term undernutrition rather than the effect of short term seasonal fluctuations.

Cleaning Operations
Field Editing:
The survey teams checked the completed questionnaires at the end of each household interview, at the end of the day, and before departing from the PSU.

Editing at BBS:
At the end of the data collection of each period, the questionnaires were checked by the enumerators and the four survey administrators. Finally, a random checking was done by the survey co-ordinators. The enumerators were asked questions on obtaining information on any particular variable.

Computer editing and analysis:
Data were edited and cleaned, and inconsistencies or missing values were identified usfng computer. The BBS IBM micro computer was used for data entry, and IBM 4341 mainframe was mused for edit program, tabulation, and data analysis. COBOL, FORTRAN and IMPS were used to write programs for data tabulal:ion. The US National Center for Health Statistics (NCHS) reference standards for child growth were entered into the BBS system for comparing the survey data. Cross tabulations were created from the data where the unit of analysis was the survey child. Statistical analyses including rnultivariate and regression analyses presented in this report were done in the IBM compatible PC.

Disclaimer
The user of the data acknowledges that the original collector of the data, the authorized distributor of the data, and the relevant funding agency bear no responsibility for use of the data or for interpretations or inferences based upon such uses.