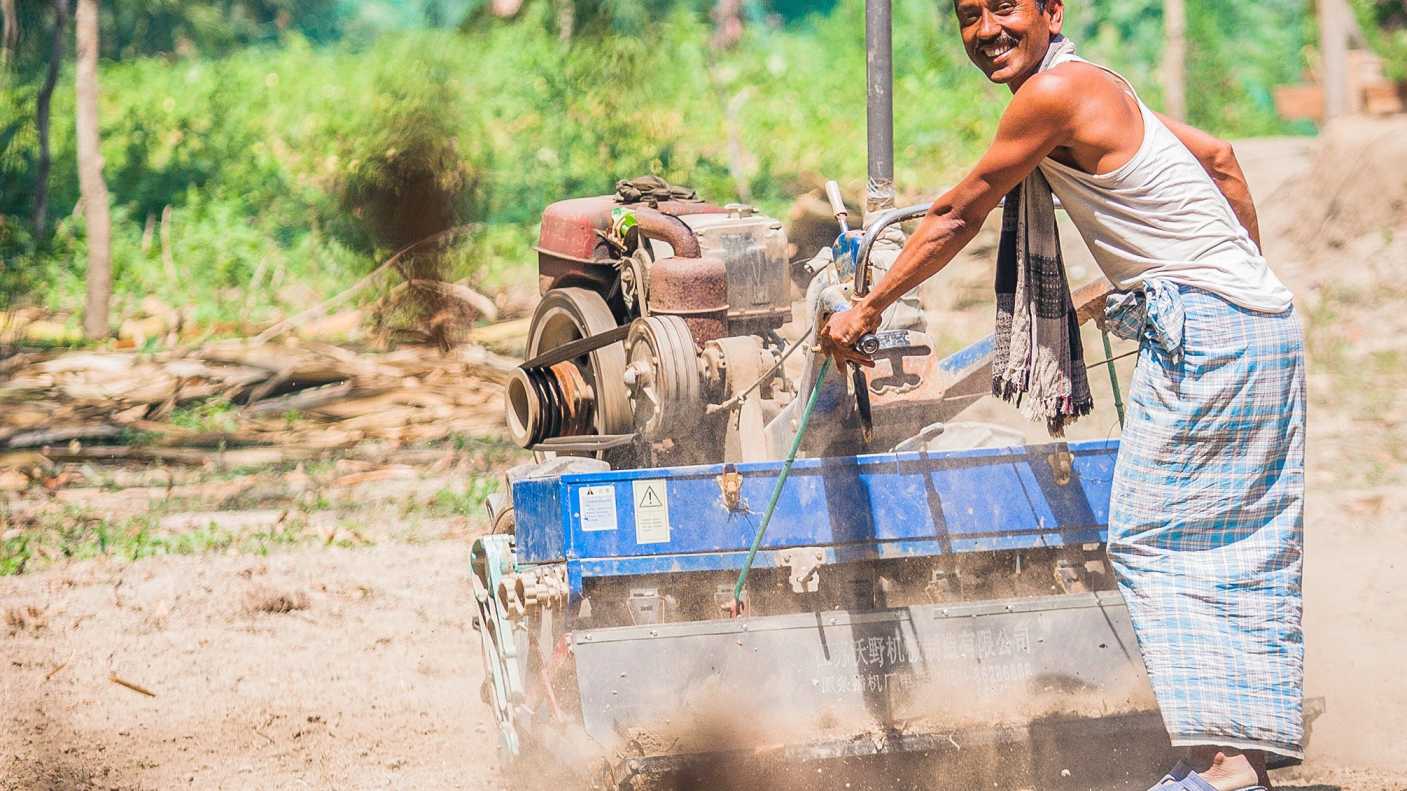 Geographic Coverage
The survey fieldwork was completed over 15 days from 26 January through 09 February 2014. The field enumeration was done by 423 enumerators. All enumerators were the permanent staff of Bangladesh Bureau of Statistics engaged for the short period of the survey. Almost all of those staffs were employees who previously worked for the Bureau in field activities of the population census, agriculture census and economic census. Therefore, it became possible to organize a field force of enumerators exposed to Bureau’s field works of censuses.
During enumeration, field supervision work was performed by 64 District level Officials. Senior Officials of Statistics and Informatics Division and Bangladesh Bureau of Statistics also visited the field levels to check the consistency of the data collected by the enumerators. The entire fieldwork was done under overall supervision and guidance of the Secretary, Statistics and Informatics Division and Director General of Bangladesh Bureau of Statistics.

Sampling Procedure
Sampling Frame
The Population and Housing Census 2011 served as the frame for the design of the rural credit sample, which was carried out in two phases. Only the rural Enumeration Areas (EAs) had been considered under the sampling frame.
Stratification
Since the study only covered rural regions, there is no need for any regional stratification under urban/rural/city corporation domains. However, since district estimates were required, the districts were considered as independent study domains. It was decided that the adjusted (by splitting larger EAs into several segments) Population and Housing Census 2011 Enumeration Areas (EAs) be used as the PSU and then they were selected with PPS. Each PSU consists of clear boundaries, which can be easily located in the field and measured of size data that were used for selecting PSUs were available for each one of them. PSUs were as manageably small as possible, but large enough to have adequate number of ultimate sampling units.
Sample Selection Procedures
The first phase was a PPS selection of the PSUs with the measure of the size being the census count of households. Selection of the PSUs had been performed as a computer operation, while the second phase entailed creation of HH listing within the selected PSUs. Since EAs were considered as PSUs, but in some cases, they were too small and they had to be linked to adjacent EAs in order to qualify satisfactorily as PSUs, a task that was thought to be much too tedious, costly and time consuming.
Considering the distribution of HHs and the average number of HH per EA in the census findings, it was decided to have EAs with at least 40 households. Approximately 4 percent of the EAs (8,876 EAs) in rural areas had less than 40 households. The way of handling the problem with the large number of small EAs of less than 40 households was to select the sample PSUs first and then collapse the sampled small PSUs (EAs) with the adjacent small PSUs within the same mauza or small PSUs of the neighboring mauza. It reduced large number of small PSUs. The PSU selection had been done before collapsing the small PSUs.
Determination of Sample Size
The sample size is usually determined at the domain level from which separate estimates will be derived. From general theory, the minimum required sample size usually is determined by the sample size determination formula for estimating proportion, which is given by
?? =
(1-??)
?? [??(???/2)]2 × ?? (1)
where, p is an a priori proportion of the required characteristics in the population, z (a/2), the value of the standard normal variate allowing a probability of bad samples, d, the allowable margin of error, r, the relative rate of allowable margin of error, computed as a portion of the assumed true proportion p, and f is the design effect used for complex surveys using multi-stage cluster sampling. Conventionally a can be taken as 0.05 and f can be taken as 1.5 - 2.0 for most socioeconomic surveys in Bangladesh. Theoretically, an a priori p = 0.5 gives the safest sample size since p (1-p) takes the highest value for p = 0.5. In this particular study under interest, the minimum number of households required in each domain (district) had been focused and since the number of households in each of the defined strata was fairly larger than 8,000, no adjustment for population size had been suggested.
Now, if the choice of a = 0.05 giving z (a/2) = 1.96 is considered, then to allow a maximum error of ±10% (r = 0.1) in estimating a common characteristic with p = 0.5, the minimum required sample size using equation (1) can be obtained to be approximately 580 HH per domain. Since at the second stage 25 HH from each of the selected PSUs was planned a minimum of 580
25
˜ 24 EAs had been
required from each of the domains which results 2,240 EAs across the country at yield 56,000 HHs.
Note that this sample size would only be appropriate for providing estimates of common characteristics. In the next section, the allocation of the PSUs among division is described considering this minimum requirement.

Dates of Data Collection (YYYY/MM/DD)
Mode of data collection
Face-to-face [f2f]
Type of Research Instrument
A questionnaire with the aim of providing data required planning and programming for rural credit was canvassed in the survey. The contents of the questionnaire were worked out keeping in view of the survey objectives and users demand for data. Views and recommendations of such outside agencies as Bangladesh Bank, Nationalized Commercial Banks, PKSF, BRAC, ASA, Department of Social Services, Department of Youth Development, Specialized Banks etc. were taken into account in developing the questionnaire. There are 75 questions in the questionnaire. Modules incorporated into the questionnaire format are as follows:
Module-1: Identification and Basic Characteristics of Households
Module-2: Information on Loan
Module-3: Expenditure on Different Heads during 2013
Module-4: Annual Income of Household
Module-5: If not Institutional Borrowers
Data Collectors